This is one of our core technologies. We named it as the “「3D-Reon」”. Our 3D-Reon made it possible to transform any existing 2D images such as those on the DVD or Blu-ray into the 3D images. 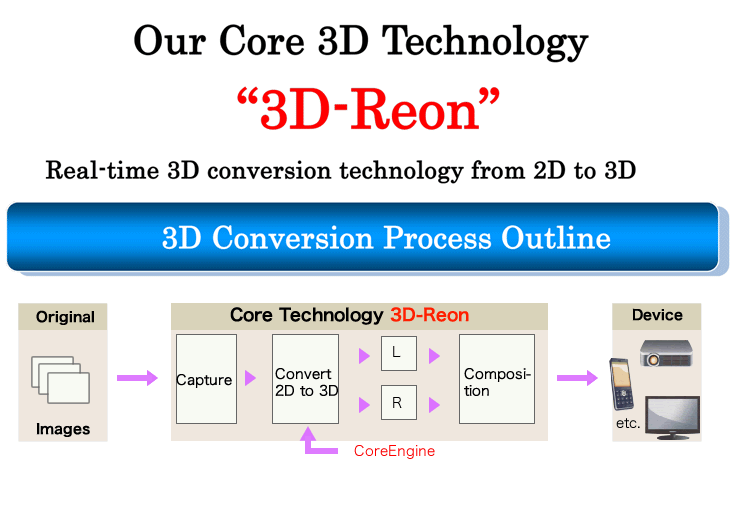 Core Engine (Correction of missing parts of the image) 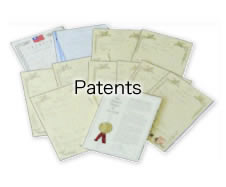 ■ Review of the International Research Institute

They review that all aspects of the patents we obtained are innovative, advanced, and practical in business and industry.

They certify that the patents are unique and not found in any references of international research reports.

If you wish to develop the intellectual property business using our patents, please inform us of your plan